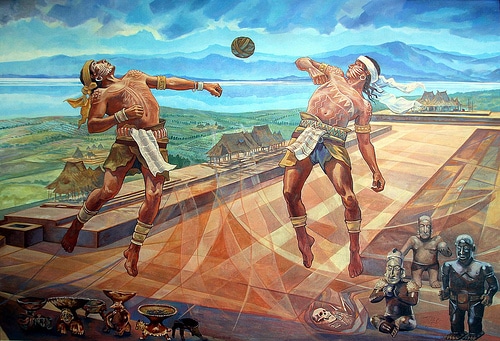 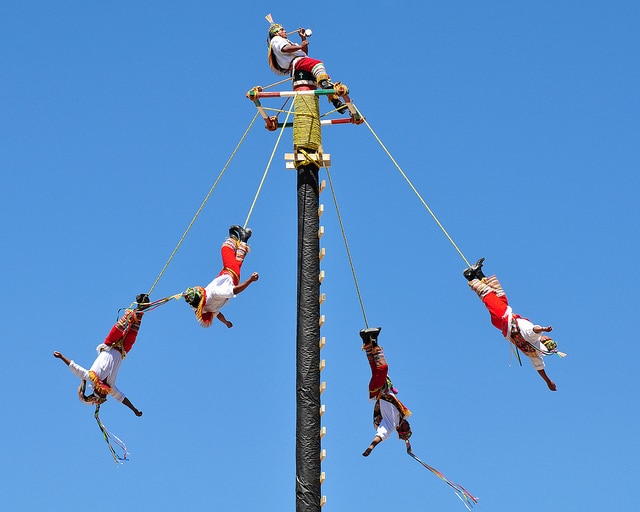 Equally spectacular was the Tlachtli, a game which was played with a ball. This game was a match in which two teams participated. The field, in the form of an H between two walls, was divided into two, each team having its own part.

The object of the game was to pass an eight-to-ten-pound rubber ball to the side of the other team. The ball was not to be touched by the hands or arms of the players; they could only use

their feet and hips.

There was a stone ring on each side of the field, through which the players were to pass the ball. The first team to achieve this difficult task won the

game. The players wore leather belts to protect them from the strikes of the other team.

Only the ruling class could participate in this sport. However, just about anyone could watch, and generally, there was heavy betting involved. They would bet large quantities of gold, their slaves, fine clothing – even their own freedom and that of their families!

Another game they enjoyed betting on was Patolli. It was played on a kind of table rock in the form of a cross, and at each of the four extremes, there were cells or squares. Beans marked with dots symbolizing numbers were used. Each player threw his beans and advanced on the board. The first player to make his way around the board won the game. 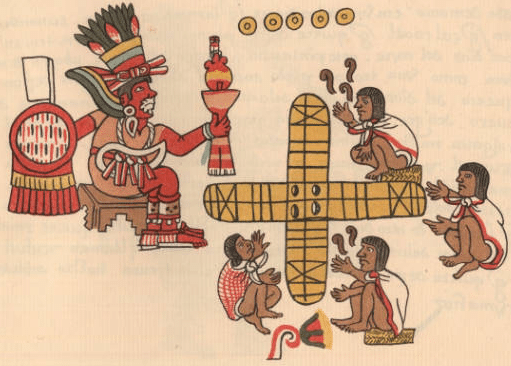 Both Tlachtli and Patolli had a religious meaning as well and before playing, the players would pray.