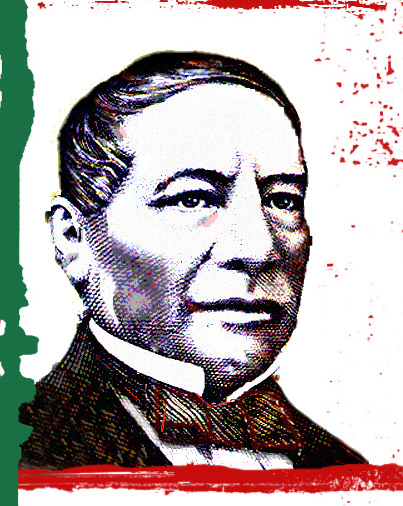 Thanks to the triumph of the Ayutla Revolution in which Juarez actively participated, he managed to overthrow dictator Santa Anna and returned to Mexico to continue his political career. In 1858, he was appointed President, becoming the first president of indigenous origin in a country ridden with inequalities and internal power struggles. The “Benefactor of the Fatherland and the Americas” as stated at the time of his death, passed several laws that removed the inordinate privileges enjoyed by the clergy and the military; both of whom ignored Juarez’s government and tried to have them revoked. For this reason, he was forced to move his government from state to states, in a sort of itinerant presidency, to avoid capture.

In 1861, due to the precarious situation of the country and its high international debt, Juarez announced a moratory of payments. Spain, France and the United Kingdom, the main countries to whom Mexico had debt with, decided to invade the Mexican territory and defend their interests. After several negotiations, Juarez finally repealed the Suspension of Payments and the Spanish and English armies returned home. But the French, who were interested in establishing a monarchy, continued their invasion. Gallic troops entered Veracruz with relative ease but were met by Juarez’s troops in Puebla in the famous ‘5 de Mayo’ Battle, in which what was considered the most powerful army in the world was defeated.

These impressive achievements gave Juarez worldwide popularity. However, conservatives  along with the Church –always at odds with liberal reforms – offered the crown of the Second Mexican Empire to the Austrian, Maximilian of Hapsburg in 1863, thus starting another episode of power disputes. After several battles in northern and central Mexico, Juarez finally defeated Maximilian and ordered him to be executed by firing squad, thus definitely ending the attempt to establish an empire sponsored mainly by France and the Vatican.