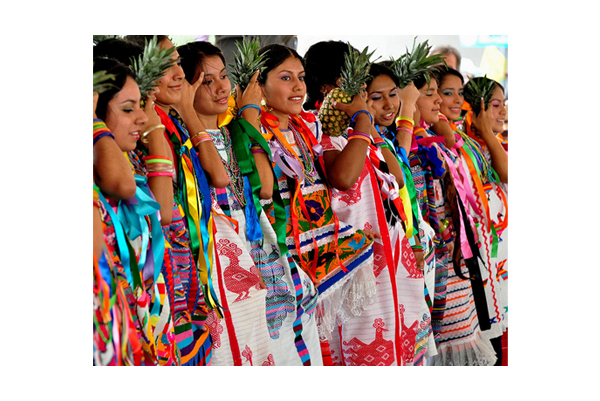 On the other side of Mexico, with a great view of the Pacific Ocean, another one of the most popular carnivals of Mexico is celebrated. And if the Carnival of Veracruz is the most widely visited by tourists, the carnival which has most carefully preserved its traditions is the Carnival of Mazatlán.

The first official carnival parade took place in 1898, at three o’clock in the afternoon with the first “carrozas alegóricas” (decorated carriages). The tradition continues still today, though, of course, some technological changes have been made. Even in the 1940’s the newly motorized cars with complicated frameworks cruised the streets, giving new life to the image of the carnival. The arrival of the huge, lighted platforms gave origin to the nighttime parades in 1962.

There, too, they celebrate the crowning of the king and queen, and the party ends with dances in the most popular meeting points of Mazatlán, where the music dominates the scene, especially since it’s the traditional music of the region.

Although the most traditional carnivals are the two mentioned above, dances and carnivals are celebrated in many other parts of the country as well. One of these is the carnival of Tlaxcala, where not only do they have the tradition of the “carrozas alegóricas”, but they also have a huge mixture of dancing, folk music and masks. Standing out as one of the most representative and difficult dances is the dance of the knives, where the dancers tie sharpened knives to their ankle boots and dance, playing with the knives between their feet, barely escaping the cut of the sharp blades.

Marking the celebration are costumes and accessories typical of the region, and the music and the bands and string quartets are deeply rooted to the Mexican tradition.

The day after “Martes de Carnaval” (Fat Tuesday), the people gather for Ash Wednesday mass, which is the beginning of Lent, and after saying goodbye to meat for a while, the people rest from the celebrations… until the following year.