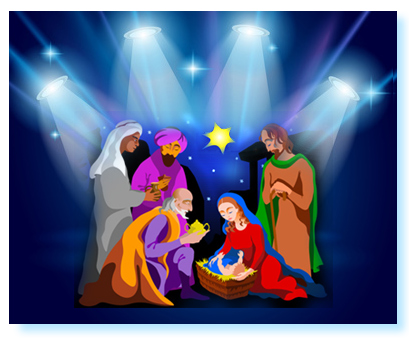 Read it in Spanish

Writing and staging a pastorela is a highly entertaining activity, and because of this, almost every Mexican school produces one with its students to celebrate Christmas.

The basic argument of every pastorela consists in the vicissitudes of some shepherds on their way to Bethlehem, following a shining star. But the Devil has sworn to prevent this and all sorts of ruses are legitimate to achieve the goal, from changing the road signs, to tempting one or another of them with money, food or anything that might induce them to commit one of the mortal sins.

In developing the script, a dose of good humor is important, whether naive, romantic or ironic. Plays on words or “albures” and misunderstandings among the shepherds are the real flavor of pastorelas.

The pastorela must also highlight a moral: there is no such thing as a pastorela without an ending that proves that good always triumphs over evil, and that Christmas is a time of forgiveness and harmony. Repentance is a fundamental part of the pastorela. One of the personages who has been seduced by the Devil must always, toward the end of the play, acknowledge his error and and ask the Christ Child for forgiveness.

Rhyming dialog was a very typical custom in centuries past, and even today is used to create comic verses. However,  it is not mandatory in creating a Pastorela script.

Normally, the main actors in the pastorela are the shepherds, Saint Michael, and the Devil, who has the support of other devils, usually clumsy and not even very convinced they want to be evil. Josephand Mary tend to appear toward the end of the play, but this is not obligatory.

Las Mañanitas is the traditional Mexican birthday song. It is so popular that it is now sung in most Latin American countries.  Usually this beautiful song is sung when the birthday person wakes up or before blowing the candles on the END_OF_DOCUMENT_TOKEN_TO_BE_REPLACED

Spanish When the first missionaries arrived in Mexico, they were faced with a very different way of life than the one they were used to.  The conquest meant not only taking over territories that had recently been discovered as America, but END_OF_DOCUMENT_TOKEN_TO_BE_REPLACED