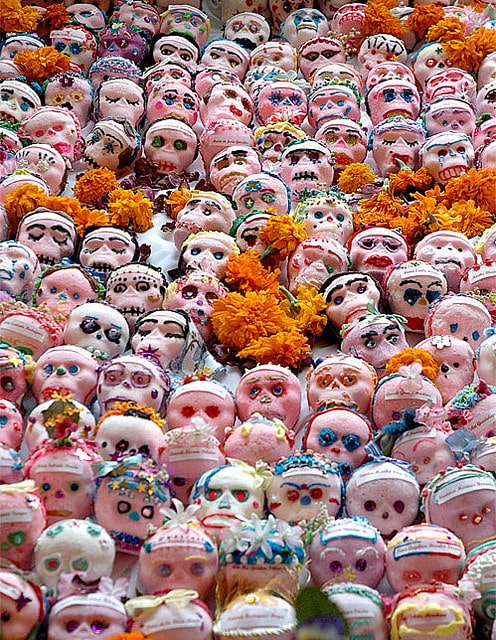 Sugar Skulls at the Market

The basic ingredient is of course azucar, sugar!  The decorations are made with colored icing.

Some sugar skulls have popular names so everyone has their own special calavera!

Sugar Skulls or calaveras de azucar, can be given to living friends or placed as an offering to our dead relatives and friends placed in the ofrenda. 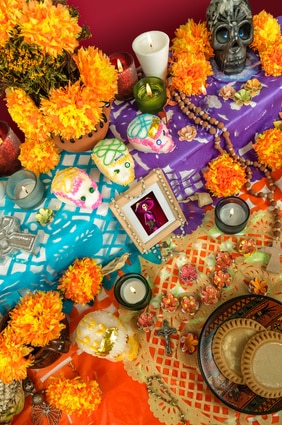 The sugar skulls vibrant colors and festive decorations reflect the spirit of the Day of the Dead celebrations: a day of happy remembrance of our dearly departed.

Nowadays there are also delicious skulls made of chocolate, amaranth, or any ingredient that can be molded into a skull. 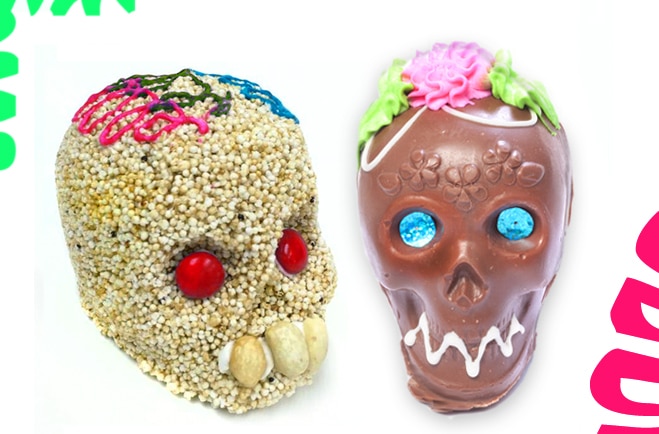 Sugar skulls have become so popular that you can see representations of them in pillows, tattoos, phone cases, prints, stickers, you name it! 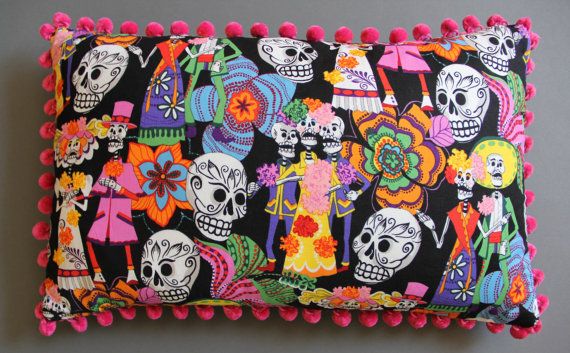 Day of the Dead Pillow

Spanish When the first missionaries arrived in Mexico, they were faced with a very different way of life than the one they were used to.  The conquest meant not only taking over territories that had recently been discovered as America, but END_OF_DOCUMENT_TOKEN_TO_BE_REPLACED

What a wonderful season December is in Mexico: Piñatas, Pastorelas, Posadas…. We have just finished the Día de Muertos festivities, and now the market where I usually shop, and where the famous painter Frida Kahlo also used to get END_OF_DOCUMENT_TOKEN_TO_BE_REPLACED

Nacimientos made of wood, pottery, everlasting flowers, fruits, basketry, glass, wax or tinplate, Mexican nativity scenes possess a charm all their own. Although the custom of putting up a Christmas tree has become very popular, the real Mexican tradition consists END_OF_DOCUMENT_TOKEN_TO_BE_REPLACED