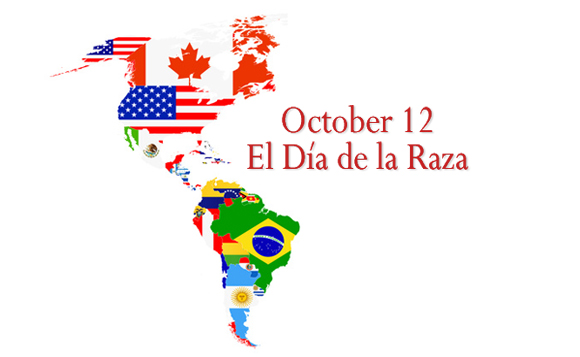 Every October 12 Mexicans celebrate El Día de la Raza, the Day of the Race instead of Columbus Day due to the controversies surrounding this historical figure.  The Italian explorer and his Spanish crews enslaved and murdered thousands of American indigenous groups he encountered during his voyage, many Spanish-speaking countries and communities don’t honor Columbus day, and also celebrate El Día de la Raza.

So, what is celebrated on this holiday? It celebrates the Hispanic heritage of Latin America and honors many of the countries that were conquered by Spain.

El Día de la Raza celebrates the birth of a new identity fusion of two cultures that of the Spanish conquerors and the indigenous people in America. It is a day to commemorate our Hispanic race and heritage. In Spain and other countries it is called El Día de la Hispanidad, The Spanishness Day.  In Venezuela, in 2002 it was changed to the Día de la Resistencia Indígena, The Day of the Indigenous Resistance.

The term La Raza originated in the 1925 book, La Raza Cósmica, The Cosmic Race, by the Mexican writer José Vasconcelos. He explained la Raza Cósmica as the product of continuous racial mixing that was already underway in the Latin world. Vasconcelos thought that ultimately all of the people within the former Spanish Empire would be thoroughly blended into a new race.

Christmas in Mexico — my first year in the country, I thought that was an oxymoron. How could it ever feel like Christmas here without snow on the ground; without a fire in the fireplace; without the fireplace?! Well, my first END_OF_DOCUMENT_TOKEN_TO_BE_REPLACED