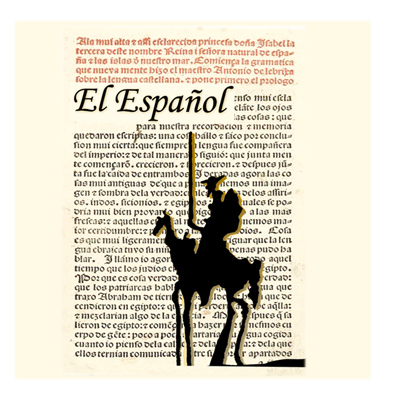 Spanish is one of the most important languages in the world. But what exactly is language?

Language emerged due to man’s need to communicate with others. In prehistoric times, men communicated through very simple oral, and sometimes written, language, and made drawings that highlighted their adventures and experiences.

The Greeks developed the first alphabet, giving a specific sound to each sign. This alphabet was the precursor of the Roman alphabet, which is very similar to the one we use today.

Language brings with it the flavors, colors, and smells of each country.  For example, when we hear the word, fiesta our mind brings forth images of Mexican joyfulness, and what can we say about a resounding Ole What do we imagine? ….. of course!….. the Spanish traditions.

And through language, we express not only our opinions and thoughts but our history, our cultural roots, our origins.

Today there are about 5000 different languages spoken in the world. The most frequently spoken languages are English, Spanish, French, Portuguese, Chinese, Russian and Arabic.

The world is increasingly interdependent; this means that we constantly have to deal with people or companies from other countries. Individuals who have the skill to master another language will be more able to be successful in this new world. There are many work opportunities for people who know how to speak another language.

In particular, learning Spanish gives us the possibility to communicate with an entire continent! Around 400 million people speak Spanish as their native language. From Spain to Argentina!