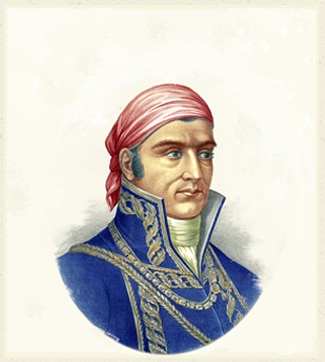 He was a Mexican religious, military and politician, leader of the revel Independence war in Mexico. After the death of father Miguel Hidalgo in 1811, José María assumed leadership of the independence movement and achieved important victories in the south.

Through the Congress of Anahuac in Chilpancingo, Morelos tried to give political form to his ideals of equality and justice and he presented them in the Sentiments of the Nation. This document declared Mexico an independent nation freed of Spanish rule.

Congress approved on October 22, 1814, in Apatzingán, the first Constitution of Mexico, but Morelos deemed it it imperfect because of its impracticality.

José María Morelos was the son of Creole Juana María Pérez Pavón and Manuel Morelos a carpenter of indigenous descent.

In 1779 with the death of his father, José María’s life underwent major changes. Under the care of his uncle Felipe Morelos, he moved to Apatzingán to a farm and where he farmed and herd mules. The latter activity provided an income that could support his mother and sister.

When he was 25 years old in 1790, at the insistence of his mother, he left  his uncle Felipe and  returned to Valladolid to enroll in the college of San Nicolas. There he met the rector Miguel Hidalgo y Costilla.

He studied Latin and grammar, and two years later continued his studies at the Tridentate Seminary, where he received instruction in philosophy and rhetoric.

On April 28, 1795 in Mexico City, he received the degree of Bachelor of Arts.

In April 1796 in Uruapan, he accepted an offer to teach rhetoric and grammar to local children. After several years in the teaching field, on December 20, 1797 at 32 years of age, he was promoted to the priesthood, obtaining license to hear confessions, celebrate Mass and preach in Uruapan.

Morelos then began his career as a priest and in March 1799 was transferred to the parish of Carácuaro, where he lived for more than a decade living of contributions from parishioners and administering the parish.

During this period and after the death of his mother, he managed and grew the cattle business he had started with his uncle; he transferred ownership of the family home to his sister and managed the estate of his mother.  Also at this time he had two illegitimate children.

In October 1810, knowing of the uprising of Father Hidalgo, he decided to join him. During his visit, Hidalgo, asked him to head south to the coast and gather troops to capture the port of Acapulco.

For five years Jose Maria Morelos fought as an insurgent. He headed four military campaigns in addition to his work as a great political and social thinker.  He was known as a military genius, cruel and ruthless, able to stand and defeat the Spanish army that significantly outnumbered his men. 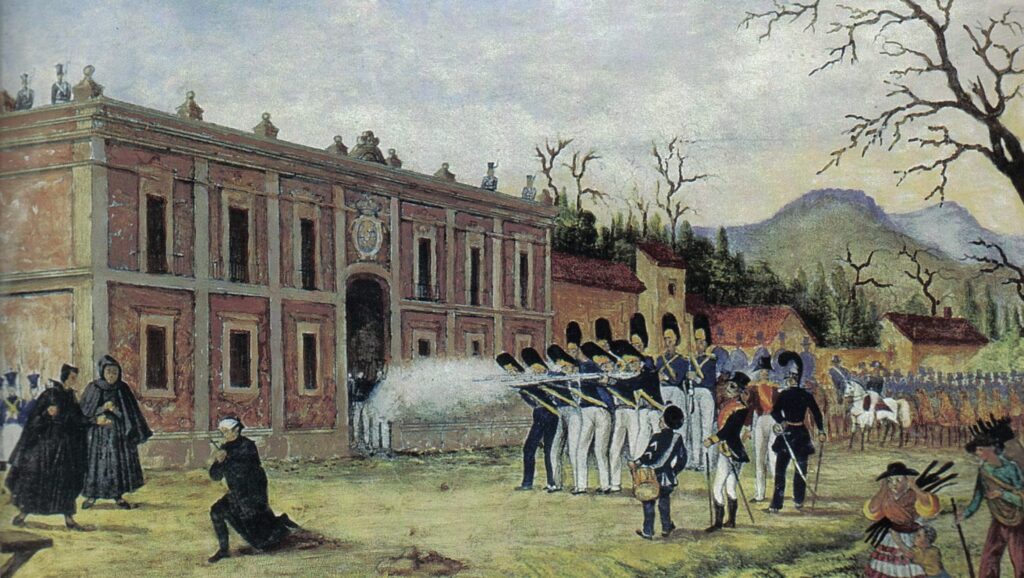 The insurgents suffered several defeats and on November 5, 1815 Colonel Manuel de la Concha captured Morelos in Temazlaca. He was taken to Mexico City in shackles where he was tried and executed by firing squad on December 22, 1815 in San Cristobal Ecatepec.

Jose María Morelos y Pavón is a national hero.  In his honor, the state of Morelos and city of Morelia are named after him and bills and coins bear his image today.

Las Mañanitas is the traditional Mexican birthday song. It is so popular that it is now sung in most Latin American countries.  Usually this beautiful song is sung when the birthday person wakes up or before blowing the candles on the END_OF_DOCUMENT_TOKEN_TO_BE_REPLACED

Benito Juarez is undoubtedly one of the most important and revered figures in Mexican history. Each March 21st marks the anniversary of his birth and every elementary school in the country commemorates the man who consolidated the nation as a END_OF_DOCUMENT_TOKEN_TO_BE_REPLACED