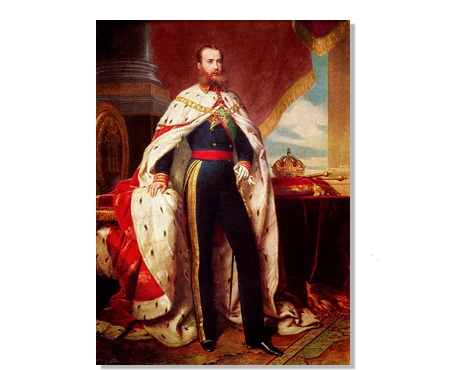 Maximilian of Mexico was born in Vienna, Austria in 1832 as Ferdinand Maximilian Joseph. He was the grandson of Austrian emperor, Francis II, and younger brother of Franz Joseph who became Emperor of Austria, Apostolic King of Hungary, and President of the German Confederation.

Maximilian’s story, in contrast to the two, is a gripping tragedy of a caring ruler living in deeply troublesome and problematic circumstances.

But Maximilian’s life didn’t start off particularly tragic. In fact, he had as normal of a childhood as a prince could possibly have.

He had a liberal metropolitan education, he loved riding horses, and he often traveled throughout Europe. 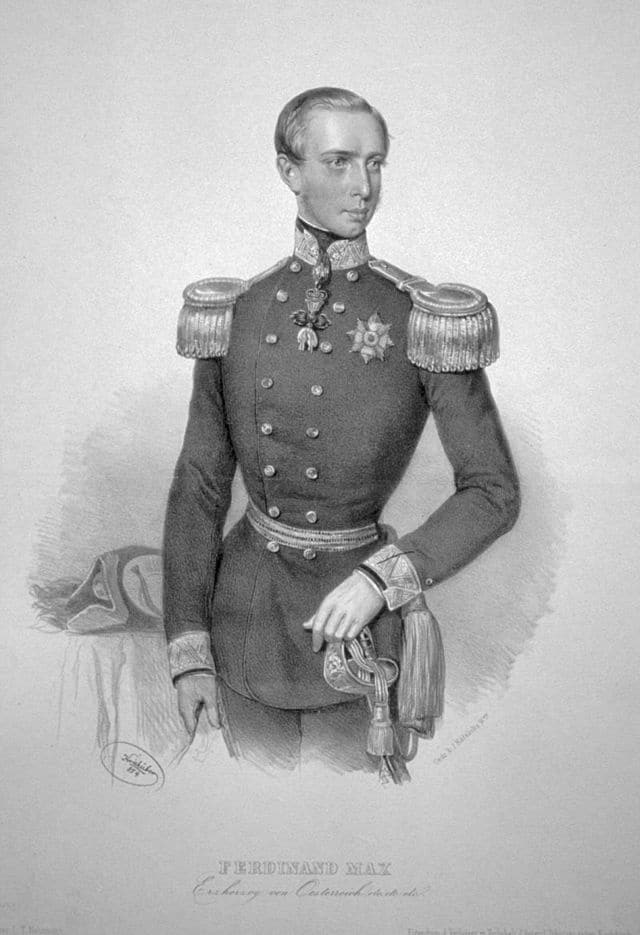 From a very early age he knew what it meant for him to be a second child. He would spend a lot of his time attempting to surpass his older brother and prove himself worthy and deserving of the throne.

He quickly learned how to fluently speak German, English, Hungarian, Slavic and Spanish in order to compete with his brother.

He was extremely bright and studious, witty and charismatic.

Unfortunately, that mix of great charm, jealousy, and competitiveness would put a massive strain on his relationship with his brother and they would hardly even remain friends.

In 1848 the King stepped down so that Maximilian’s brother, Franz Joseph I, could step up during a period of revolutions across Europe.

Hundreds of rebels were executed and thousands were imprisoned. Maximilian saw this as horrific, barbaric, and senseless.

He was openly against all of this monarchical brutality and stated: “We call our age the Age of Enlightenment, but there are cities in Europe, where, in the future, men will look back in horror and amazement at the injustice of tribunals, which in a spirit of vengeance condemned to death those whose only crime lay in wanting something different to the arbitrary rule of governments which placed themselves above the law”.

Benito Juarez is undoubtedly one of the most important and revered figures in Mexican history. Each March 21st marks the anniversary of his birth and every elementary school in the country commemorates the man who consolidated the nation as a END_OF_DOCUMENT_TOKEN_TO_BE_REPLACED