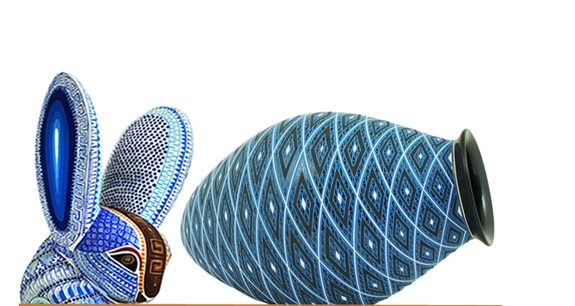 There are many ways of getting to know a country, its people, its customs and traditions. One is traveling the country from North to South and from East to West. Another is studying what has been written about it. And another is observing its daily life, talking with the people, investigating its customs.

Art is one of the fundamental elements of a people’s temperament; it is a faithful reflection of their relationship to the world and their way of looking at life. 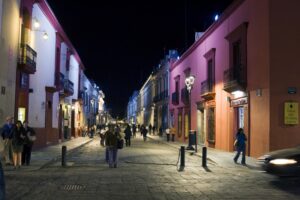 A visit to Mexico is marked by the colorfulness found in the streets, the homes, and the utensils, an example of the joy every Mexican emanates, of his imagination, his skill in producing the most wonderful works, and in particular, his ability to create fantasies.

Crafts are a people’s imagination, dexterity and dreams, expressed in an article that brings together the past and the present. The fact is that in practically all areas of life in Mexico there is a fascinating mixture of the native and the contemporary.

A large number of the crafts that are produced today come from pre-Hispanic times, and many of them are still made with the same techniques that were used hundreds of years  ago! 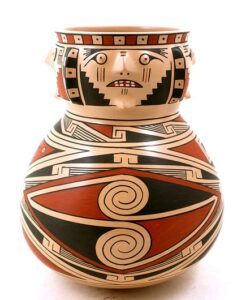 In those times, the art of the people was basically religious.

Works were created to be used in ceremonies. The adoration of gods inspired the creation of masks,  paintings and drawings,  ritual objects such as bowls, incense holders, ceremonial robes…

On the other hand, trade between the different towns was very important because objects had to be made that served as merchandise.

The conquered peoples also had to pay, so they produced luxury articles, ceramic, precious fabrics, and objects made with feathers.

Las Mañanitas is the traditional Mexican birthday song. It is so popular that it is now sung in most Latin American countries.  Usually this beautiful song is sung when the birthday person wakes up or before blowing the candles on the END_OF_DOCUMENT_TOKEN_TO_BE_REPLACED

Sugar Skulls are one of the most popular and iconic symbols of the Day of the Dead Celebration.  When the Day of the Dead festivities approach, one can find sugar skulls being sold nearly everywhere; in traditional markets, stores,  and street END_OF_DOCUMENT_TOKEN_TO_BE_REPLACED

The artistic process and techniques used in the creation of these captivating  wooden Alebrijes. Alebrijes are carved wooden figures created by Oaxacan artisans. They have become so popular that even the world’s most respected Spanish language authority, the La Real Academia de END_OF_DOCUMENT_TOKEN_TO_BE_REPLACED