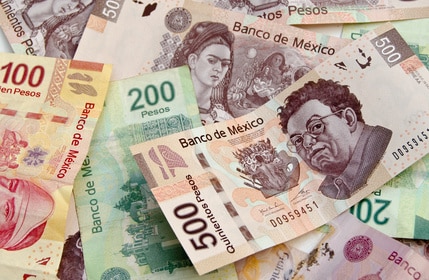 The Mexican currency is called Peso and its symbol is $.  The Peso and the US Dollar have both its origin in the 15th-19th century Spanish dollar.

The peso was originally the name of the eight real coins issued in Mexico by  Spain and the first currency to use the $ symbol.

Its ISO code is MXN.

The first currency to be used in what is now Mexico, during Pre-Columbian times was the Cacao bean.

The Mexican Peso is the 8th currency most traded in the world and the 1st in Latin America.

Since  1535 the peso coins are made by la Casa de Moneda de Mexico.  Bills are printed since 1969 by the Banco de Mexico.

Las Mañanitas is the traditional Mexican birthday song. It is so popular that it is now sung in most Latin American countries.  Usually this beautiful song is sung when the birthday person wakes up or before blowing the candles on the END_OF_DOCUMENT_TOKEN_TO_BE_REPLACED

How do I pay when traveling in Mexico? While traveling in Mexico you will pay with the Mexican currency called Peso and its symbol is $.    You won’t need much cash since credit and debit cards are accepted nearly everywhere. You END_OF_DOCUMENT_TOKEN_TO_BE_REPLACED