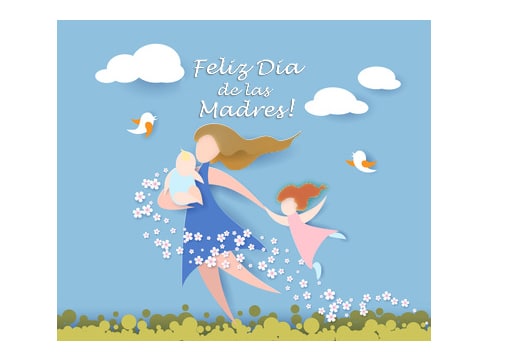 Mother’s Day in Mexico is always celebrated on May 10.  On that day, traffic goes crazy, restaurants are filled by families celebrating their mothers and grandmothers, flower shops & flower stands make their “Agosto”, their best selling month.

Since pre-Columbian times, mothers were considered the building force of  society. They were the first teachers and protectors, thus the many representation of goddesses in pre-Hispanic religions.

Around her, the destiny of the family, and of the social organization, was formed, distributed and decided. Pre-Columbian men ruled, but the women were the mediators.
Any offense to a mother in pre-Hispanic times was considered an unforgivable affront.

The role of mothers in Aztec society was very important, since it was they who were in charge of teaching everything to their children, fundamental values ​​and religion. Girls, for example, were taught to be discreet, not look directly to the eyes and always  keep their heads down.

In general, women in the pre-Columbian era never occupied important political positions, except for the Maya culture, where in some occasions they could occupy lesser positions. In Palenque it is known that of its 12 rulers two were women, Kanal Ikal that reigned from 583 to 604 d.C. And Zac-Kuk, who ruled from 612 to 640 d.C..

When a woman died during childbirth she was considered a “warrior” and, consequently, a person worthy of admiration and veneration.