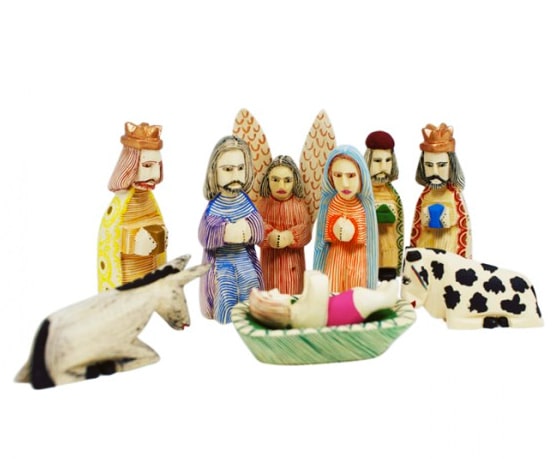 Nacimientos made of wood, pottery, everlasting flowers, fruits, basketry, glass, wax or tinplate, Mexican nativity scenes possess a charm all their own.

Although the custom of putting up a Christmas tree has become very popular, the real Mexican tradition consists of setting up a nativity scene.

These scenes are set up on December 16, but the figure of the Baby Jesus is not put into the manger until December 24, and the Three Kings are added on January 5.
Following are some beautiful examples of this wonderful Christmas Tradition.

This Nativity is hand carved from wood made in Oaxaca Mexico. 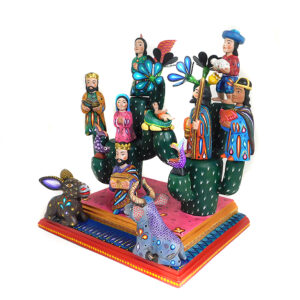 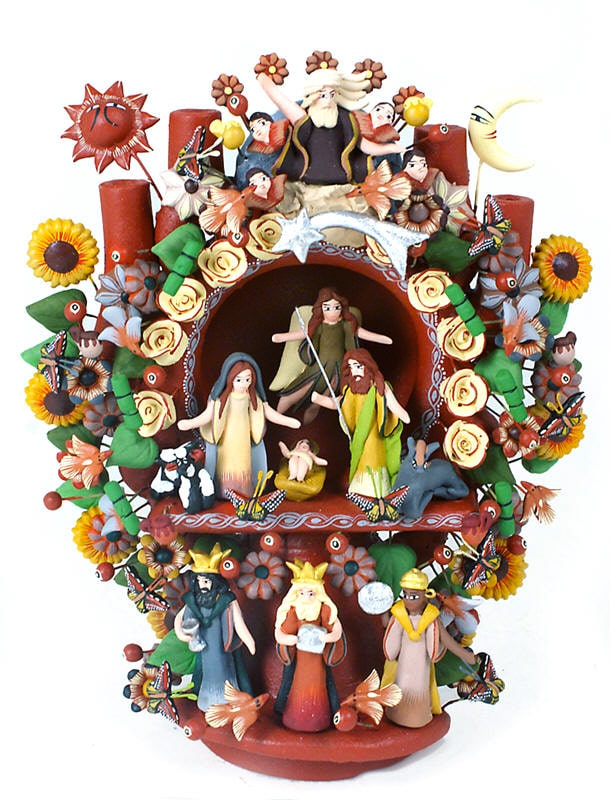 Las Mañanitas is the traditional Mexican birthday song. It is so popular that it is now sung in most Latin American countries.  Usually this beautiful song is sung when the birthday person wakes up or before blowing the candles on the END_OF_DOCUMENT_TOKEN_TO_BE_REPLACED

Spanish When the first missionaries arrived in Mexico, they were faced with a very different way of life than the one they were used to.  The conquest meant not only taking over territories that had recently been discovered as America, but END_OF_DOCUMENT_TOKEN_TO_BE_REPLACED