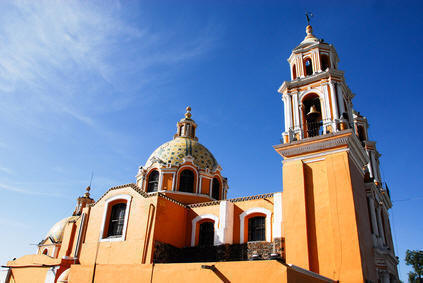 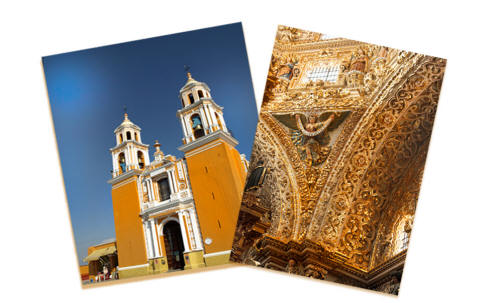 But this lovely state is also characterized by a close relationship with the past. Puebla  is one of the few states that proudly preserves not only traditions, but cities, where time seems to have stopped.

An excellent example of this is the mystic town of Cuetzalan. We also took a little trip through there, and witnessed the enigmatic, traditional nature of this city. Because of its winding alleys that climb the foothills of the Sierra, women walk about attired like their forebears, showing off their “huipil” and their lovely headdress covered with colored ribbons.

The balconies are always overflowing with flowers, and at sundown the old folk sit in a chair in the doorway of their home, chatting or simply remembering, while night falls and the sky fills with stars.

One doesn’t know which of the towns and cities that form the State of Puebla to go to: they are all mysterious, religious, mystical and beautiful. They all embrace the Catholic faith without forgetting their native heritage, something that makes Puebla a State that represents perfectly, the union of races that make up the Mexican people.

In 1861, due to the precarious situation of the country and its high international debt, Juarez announced a moratory of payments. Spain, France and the United Kingdom, the main countries to whom Mexico had debt with, decided to invade the END_OF_DOCUMENT_TOKEN_TO_BE_REPLACED

Although the event lasts only a few days, the preparations begin several months in advance; everything must be ready for the first Sunday after Holy Week. There is an Organizing Committee, formed by the inhabitants of Iztapalapa themselves, people END_OF_DOCUMENT_TOKEN_TO_BE_REPLACED

But this lovely state is also characterized by a close relationship with the past. Puebla  is one of the few states that proudly preserves not only traditions, but cities, where time seems to have stopped. An excellent example of this END_OF_DOCUMENT_TOKEN_TO_BE_REPLACED