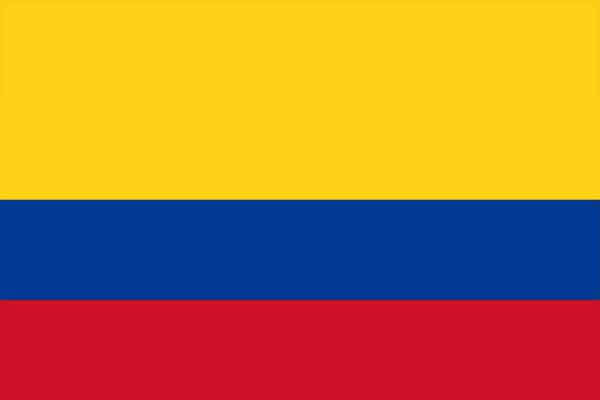 Yellow: Rich natural resources,  sovereignty
Blue: The sky and seas of Colombia
Red: The blood of the Independence heroes

The Colombian Flag has three stripes. The yellow stripe is double the size of the other two bands.

In olden times the yellow band symbolized the unity of the states that formed the federation. The blue stripe represented the oceans that distance  Colombia from the Spanish oppression; the red stripe stood for the blood the Colombian people are willing to shed for their sovereignty.

El Día de la Bandera or the Fiesta of the Colombian Flag is celebrated every August 7.