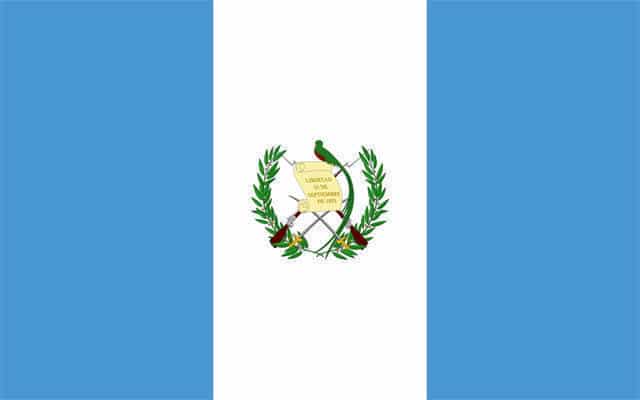 The flag of Guatemala, adopted in 1871, has three horizontal stripes. The sky blue stripes of the flag represent the two bodies of water that border the country, the Atlantic and the Caribbean Sea. The central white stripe symbolizes the country of Guatemala, peace, purity and integrity.

At the center of the flag is Guatemala’s coat of arms. Inscribed are the words Libertad 15 de Septiembre de 1821 which means Freedom September 15, 1821 the date in which Guatemala declared its independence from Spain.

The wreath of bay laurel branches on the shield symbolizes victory; the Respelndent Quetzal represents liberty. The two rifles stand forGuatemala’s readiness to defend itself and the two crossed swords denote honor.

The emblem was designed by the Swiss artist Johan-Baptist Frener, who lived in Guatemala from 1854 to 1897 when he died.

Guatemala comes form then Nahuatl Quauhtlemallan, the place with many trees.

Las Mañanitas is the traditional Mexican birthday song. It is so popular that it is now sung in most Latin American countries.  Usually this beautiful song is sung when the birthday person wakes up or before blowing the candles on the END_OF_DOCUMENT_TOKEN_TO_BE_REPLACED