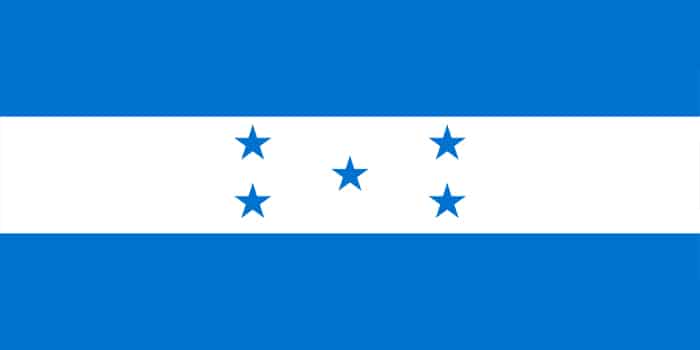 The Honduran flag has three stripes of equal dimensions. Two blue stripes border the central white band.  The blue ones represent the Pacific and Caribbean sea that create the shoreline of  Honduras. The inner white band, stands for patriotism and peace. The five stars in the middle that represent the five original Central American Provinces.

The day of the Honduran Flag is observed every September 1.