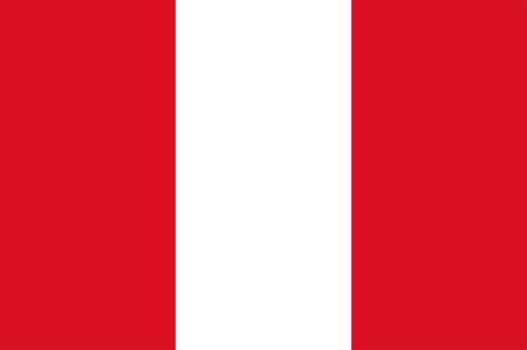 Red:
The blood of the heroes
White :
Peace Freedom and Justice

The Peruvian flag has three vertical stripes of equal dimensions. Two red stripes border the central white band.  The red ones represent the blood of the Incas and the patriotic heroes. The inner white band, symbolize  freedom, peace and justice.

Legend has it that General José de San Martín, Founder of the Freedom of Peru, while his troops were resting, saw a flock of white and redParihuana flamingos.  Pointing to them he said “Do you see those birds?
“They look like a flag” said  Thomas Cochrane (10th Earl of Dundonald who served  in the rebel navies of Chile, Brazil and Greece).   “They are indeed a flag“  said San Martín “a flag that flies for the freedom of this nation”.  This was the inspiration for the colors of the flag.

The day of the Peruvian Flag is observed every June 7.