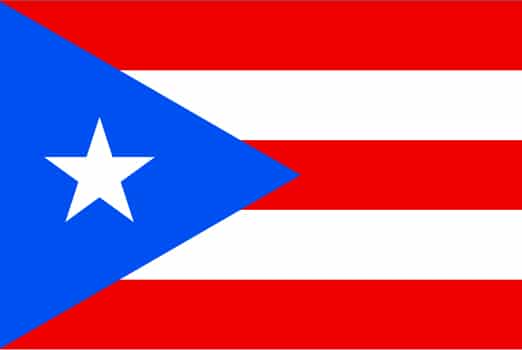 Red Stripes:
The blood that gives life to the 3 Branches of Power

The current flag of Puerto Rico was adopted in 1952. It has the same flag design which was created in 1892 by the Puerto Rican Revolutionary Committee.

The Puerto Rican flag has 5 alternating stripes. The two white stripes symbolize human rights and freedom. The blue triangle represents the 3 branches of power: Executive, Legislative and Judicial. The 3 red stripes suggest the blood that gives life to these 3 branches of power.  The white star stands for Puerto Rico.