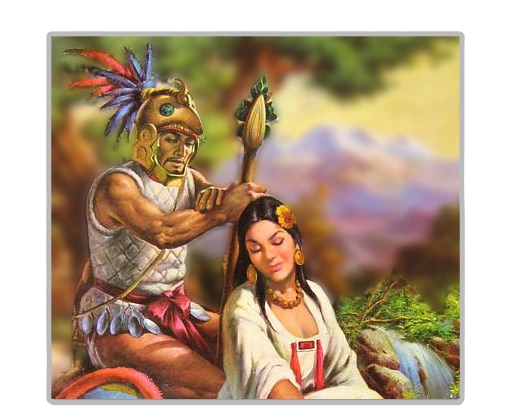 Legend has it that guided by a wise man, the first settlers of Bolonchen arrived at the place where they found nine cenotes, or deep natural wells created by the gods to collect rain water.

But it was not easy for them to take over the place. For years they had to fight, led by a brave young man and a great warrior.

In the town lived a beautiful young woman named Xunaan, whose sweetness and kindness won her the love of all the settlers. They say that her voice had the beautiful sound of water springs.

The young warrior upon laying eyes on her immediately fell in love. He could think of nothing else than the enchanting Xunaan. His love was corresponded, as she also was madly in love with him; but between them was the mother of Xunaan, who afraid of losing her daughter, decided to hide her in a cave in Akumal.

The desperate young warrior could not do anything but search for her. In his search, he neglected his people who lost their wellbeing and happiness.

The whole town decided to search for the girl but after months of searching, they couldn’t find her. She had vanished. One day, many months later, a beautiful bird approached several women who were washing clothes near a well.

With its beautiful plumage, the bird splashed them so that they would hear in the distance the voice of Xunaan coming from the bottom of the well.

They quickly alerted the young warrior who guided by the messenger bird, arrived at the place where his beloved was hidden.

It was not easy to descend the narrow rock walls of the cave, but his love gave him great courage.

After so much pain and desperation, they were finally together again. Love triumphed, and happiness and prosperity returned to the people of Bolonchen.

They say that after so many centuries have passed, every night the young warrior returns to the grotto to hear the song of his beloved Xunaan.