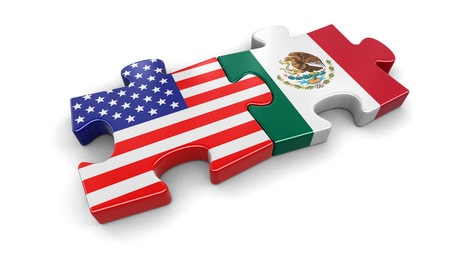 Following are the most important imports from Mexico.

The US exports to Mexico as stated by the United States Trade representative:

In addition, numerous US companies such as Ford, Chrysler, Procter& Gamble, CocaCola, Kimberly Clark, Walmart, Starbucks to name a few, have a business presence in Mexico that is not reflected in the net benefit of the US doing business with Mexico.

Las Mañanitas is the traditional Mexican birthday song. It is so popular that it is now sung in most Latin American countries.  Usually this beautiful song is sung when the birthday person wakes up or before blowing the candles on the END_OF_DOCUMENT_TOKEN_TO_BE_REPLACED

The Essential Element of Mexican Cuisine Tortillas are the quintessential staple food of the Mexican diet and cuisine. A flatbread as well as an instrument to eat, the tortilla is now popular all around the world. Tacos, tostadas, chips, quesadillas, enchiladas and burritos wouldn’t END_OF_DOCUMENT_TOKEN_TO_BE_REPLACED