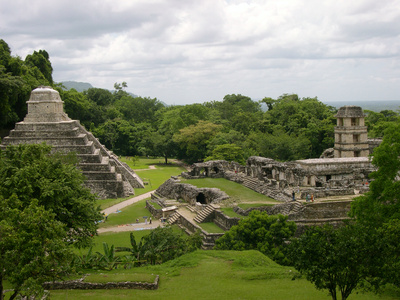 Well hidden within the jungles of Chiapas, the great Mayan city of Palenque may almost seem like a dream to you. That may be because there’s nothing as surreal as its beautiful buildings emerging from the mist. You have to touch those moss-covered walls with the dew dripping from them to prove that they’re real. You’ve got to shut your eyes and listen to the birds, to the howler monkeys, to the faint sound of a waterfall, to smell the dampness; the greenness…

But in reality, what you’ll see in Palenque isn’t even 10% of what it once was.There are still so very many traces under the ground and the trees. The paradox is that it was here, in 1952, where one of the most important finds with respect to the Mayan world occurred: the tomb of Pacal, in the Temple of the Inscriptions, that remained concealed for twelve centuries. 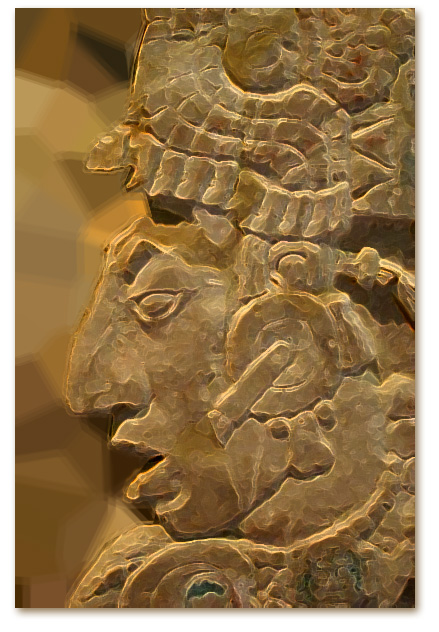 The beautiful inscriptions on the sarcophagus have inspired so many interpretations, although the one accepted by investigators is that it represents Pacal’s descent to the underworld as well as an allegory about death and resurrection.

Pacal had two sons who inherited his taste and interest in architecture, so Palenque lived almost a century of continuous remodeling and beautification that made it the rival of the imposing city of Tikal, in Guatemala. Beautiful bas-reliefs found in the walls of Palenque recreate its own history as well as that of its lords or “ahau”, as they say in Mayan.

The tour in Palenque starts at the Central Plaza that dominates the Temple of the Inscriptions. To its right is the Palace, where a great number of stucco embossments, mural paintings and monuments to fallen warriors from conquered cities can be observed. 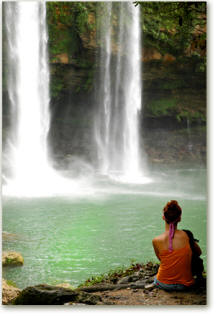 Further along, you’ll find the compound of the Cross, made up of the Temple of the Sun, the Temples of the Cross and of theFoliated Cross; a Ball Game (a ritual related to the movement of the heavenly bodies and to the designations of the gods) and a series of buildings known as the Northern Group.

During your tour of Palenque you’ll also have the opportunity to explore theChiapanec jungle, whose evergreen trees reach a height of 50 meters. And since access to the tomb of Pacal is prohibited, in the Site Museum you’ll be able to enjoy an impressive glass model replica displaying all of the sarcophagus’ embossments and the walls surrounding it.

Palenque has been a World Heritage site since 1987.

Guided tours: There are tour guides within Palenque certified by the National Institute of Anthropology and History (INAH) or by the Secretary of Tourism.

Suggestions for shopping: The Palenque Site Museum Shop and also vendors within the archeological zone.

Las Mañanitas is the traditional Mexican birthday song. It is so popular that it is now sung in most Latin American countries.  Usually this beautiful song is sung when the birthday person wakes up or before blowing the candles on the END_OF_DOCUMENT_TOKEN_TO_BE_REPLACED

Spanish The glamour of a marina visited by internationally renowned artists and the simplicity of a red-brick cathedral surrounded by quaint little homes with barrel-tiled roofs coexist harmoniously in Puerto Vallarta, Jalisco– one of the youngest and most promising jewels END_OF_DOCUMENT_TOKEN_TO_BE_REPLACED