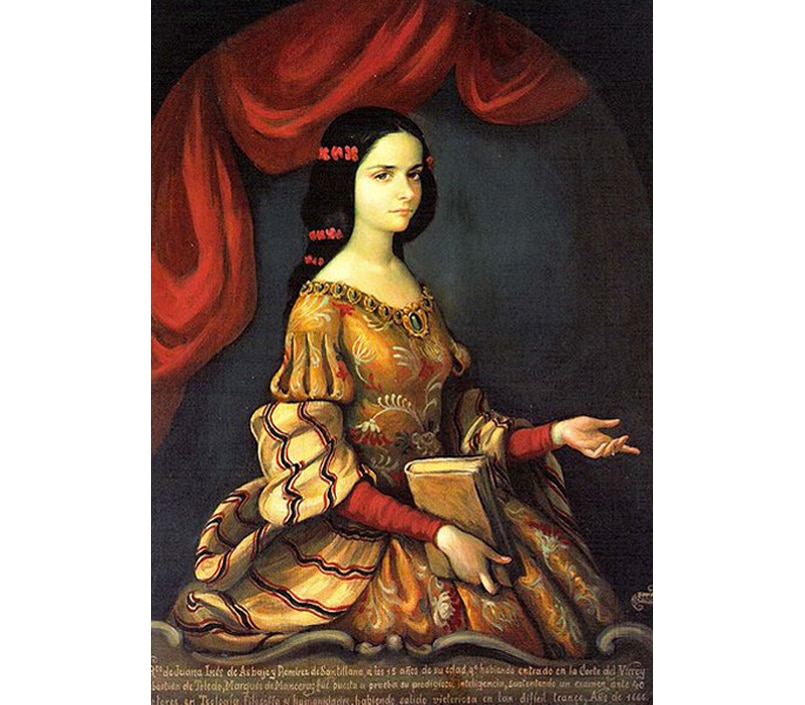 She was a Mexican writer who influenced greatly Hispano-American literature of the 17th century. She was known in her lifetime as “The Tenth Muse“, or “The Phoenix of America.”

Her work was greatly original, writing lyric and drama influenced by the Spanish Baroque. She challenged conventions due to her eagerness to know and her restless spirit. At the time it was frowned upon if a woman manifested independence of thoughts and intellectual curiosity. She often questioned social values and became an early proponent of women’s rights.

Sor Juna was the illegitimate daughter of a Spanish father and Creole mother. Her maternal grandfather owned an hacienda in Amecameca and Juana spent her early years living with her mother on his estate. 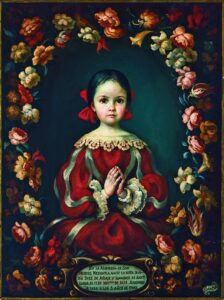 Sor Juana Ines as a Child

At age three she learned to read and write, and at eight she wrote her first poem. As a child, Juana often hid in the hacienda chapel to read her grandfather’s books from the adjoining library, this was forbidden to girls.