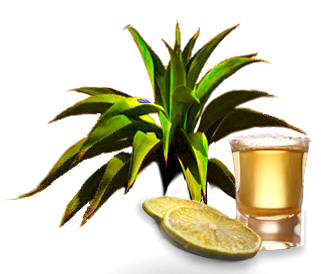 Priestly and elegant, the agave raises its sharp leaves toward the heavens. Thousands of blue-green swords are seen on the horizon while a red sun sets in the sky and sounds of the night begin to be heard. This is the agave landscape, in Tequila, Jalisco, which was declared a World Heritage by UNESCO in 2006 and is the starting point of a history with a strong Mexican flavor. 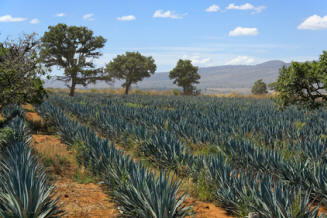 At the height of the colonial period, those blue agave plantations in Tequila were highly valued because materials were extracted from them to make roofs, needles, punches and nails, as well as fiber to produce paper and cords. The sap from its leaves served to heal wounds and even the ashes were employed as detergent.

At some point, someone realized that the mezcal or heart of the agave was being consumed as candy and that it turned into a tasty liquor when fermented. The Spaniards were quick to exploit this finding and, in spite of the ban on producing wine with in American territory, the “mezcal wine from Tequila” acquired great fame among clandestine pleasures. 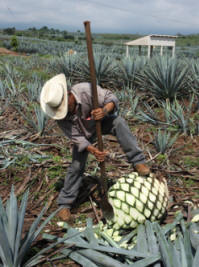 Given the high demand, the Spanish crown authorized its production as long as it paid the corresponding tax. Following the consummation of Mexico’s Independence in 1821, Spanish wines were not imported to the new nation so tequila filled the void and assumed the throne as the national drink.

Tequila grabbed the international spotlight during the Golden Age of Mexican Cinema, between 1930 and 1940. A bottle of tequila was the indispensable companion of great Mexican actors during their adventures, among haciendas, horses and balconies by the light of the moon, with mariachi music for the soundtrack.

Today, tequila is protected by an appellation of origin; that is: Tequila can only be produced from blue agave coming from Jalisco and certain regions within the states of Guanajuato, Nayarit, Michoacan and Tamaulipas, in Mexico.

The tourism industry has contributed to tequila’s consolidation as a Mexican icon by naming Tequila  Jalisco, a ‘Magical Town’, and has developed a great variety of tourism attractions around it such as, the “Tequila Express”: a train that leaves from Guadalajara and stops at the most prominent tequila haciendas in Jalisco, and “The Tequila Route”, that links different towns related to the beverage, where you can enjoy a stay in boutique hotels or practice adventure tourism in addition to tasting different brands of tequila.