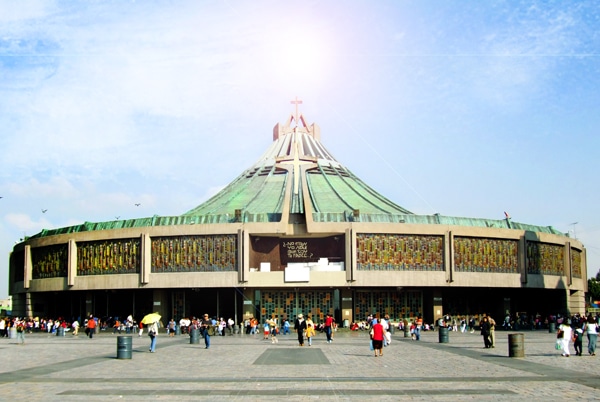 The Basilica of Guadalupe is one of the most visited Catholic Shrines in the world and it is the National Shrine of Mexico.  Located in the north of Mexico City it is considered the second Catholic Shrine in importance after Vatican City. 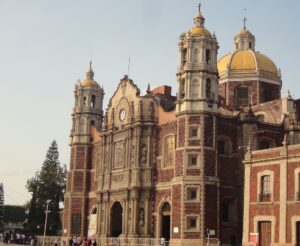 In 1904 the temple was granted the category of basilica which in Latin means Royal Hall.

The Old Basilica, as many other structures in Mexico City, was sinking and in order to preserve this architectural jewel it was decided that a new Basilica was to be constructed. The old temple was closed to the public from 1976 to May 2000.

The modern basilica, named Basilica of Saint Mary of Guadalupe,  was built between 1974 and 1976 by the architect Pedro Ramirez Vazquez.  It is a circular building constructed in such way  to allow the cloak to be viewed by those inside.   It has a 100 meter diameter.  To guarantee that this Basilica would not sink, the  structure is supported by a major pylon. 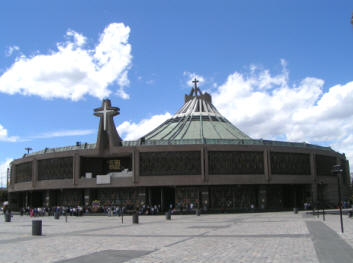 Our Lady of Guadalupe

The Beautiful Face of Courage: The Adelitas Women of the Mexican Revolution