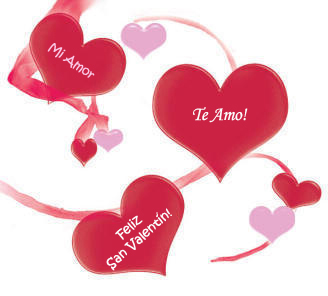 Warm, festive and generous, this is how most foreigners who’ve had the opportunity to live for a while among us, define Mexicans and the Mexican culture. They say that not only are we known for displaying our willingness to show affection, but also the need for feeling pampered by those closest to us.

Maybe that’s why we’ve embraced Valentine’s Day with such enthusiasm every February 14th, a date that many consider somewhat commercial, but one that we’ve enriched with our traditions as well as an original idea or two about how to show our love for someone, here in Mexico.

It’s true that celebrating this date has no connection with our history, but then again; love is a cause for celebration for all human beings and civilizations. And just as the Greeks and the Romans had deities that represented this feeling in all its various shades; so the Mexica, the ancient civilization that inhabited Mexican soil, had a divinity that personified Love. Well, actually, there were two: Xochipilli and Xochiquetzal.

Xochipilli was like the Apollo of the Mexica. Also known as Macuilxochitl, he was the god of Love, games, beauty, dance, flowers, corn and songs. His name meant ‘prince of the flowers’ and he had a twin sister or wife; Xochiquetzal, which means precious flower or ornate bird. She was associated with the fertility of nature. Centeotl, the god of corn was their son.

In honor of the two gods, four days of fasting was observed. They sacrificed by inserting maguey thorns into their tongues and made offerings of bread and corn. They also danced to the beat of drums called teponaztli.

However, none of this is taken as a reference for celebrating Valentine’s Day in Mexico.  This festival is a European contribution and there are various versions as to its origin.

One of them says that in the Nordic countries of Finland, Norway, Denmark and Ireland, February is the month when little birds “match” and mate. Another says that it’s a Roman feast that became Christian. This festival was dedicated to Cupid, the god of Love, to whom offerings were made to ask for the ideal love.

However, the most widespread and romantic version says that in third century Rome, when Catholics were persecuted and soldiers were forbidden to marry because it was believed that single men performed better in battle, a priestnamed Valentine was inspired to marry couples in secret.

Emperor Claudius II found out about this priest, and although at first he was drawn to the Catholic faith; he eventually sentenced him to death. When the time to die approached, the priest gave classes to Julia, his jailer’s daughter. He also fell in love with her.

On the day of his execution, he wrote her a message and signed, ‘From your Valentine‘. Hence, many postcards printed on that date carry this dedication.

By late January, the shops and restaurants are decorated with hearts, Cupid figurines, balloons and ribbons. On the streets and tourist sites, it’s common to see ballooners, with their colorful cargo and shopping malls crammed with suggestions for gifts, ranging anywhere from a simple card to the classic stuffed animals and chocolates, jewelry, perfumes, cell phones and even underwear!

“Give love…don’t buy it!”says an old TV commercial that remains in the popular wisdom of Mexicans. But the phrase is lost among so many beautiful things that there are to give away.

This beautiful legend recounts the love story of two young Aztecs,  Xóchitl and Huitzilin, a romance from which the cempasuchil flower was born. This wonderful love story began when the two young Aztecs were still little. They used to spend all their spare time END_OF_DOCUMENT_TOKEN_TO_BE_REPLACED

Mexican proverbs or sayings are popularly known and repeated through generations. Here you will find some of the most used sayings, proverbios, with their english translation and meaning.  A wealth of Mexican wisdom. Al mal tiempo, buena cara. Put a good face END_OF_DOCUMENT_TOKEN_TO_BE_REPLACED