On the bright side, her artistic career took flight from the brought-forth inspiration of these experiences. Her paintings began to depict themes of loneliness, opposition, pre-Hispanic heritage, and naturalism.

Upon the artistic couple’s return to Mexico, matters would only be an extension of their times in America.

From the time Frida and Diego married, her most igniting desire was to birth a little Diego or Dieguito, as she would say, but the outcome of the bus accident years back would perpetually deny her this wish.  After several unwanted abortions, miscarriages, and pain she reluctantly accepted the fact that she would never be able to be a biological mother.

Thus, she became the adoptive mother of many species of animals including monkeys, parrots, and even a baby deer to try to make up for the huge moral loss. Adding to the aching times, Diego began to have an affair that hit too close to home for Frida. This time it wasn’t just an assistant or an unknown lady, but it was, in fact, Frida’s own younger sister who he was involved with.

It is almost unimaginable for the majority of us to visualize the type of pain an individual must endure after the accumulation of all these traumatizing events, but Frida allowed us to do so when in a therapeutic–like style of coping she did what she knew how to do best, paint.

Her paintings took an even more gruesome turn than before. She began painting more blood, stabbings, hospital beds, skulls, and death along with one specific painting in where she portrays herself as a mature woman and Diego as an immature young boy.

Frida’s pain was obvious and it took a huge toll on her health. She would medicate and drink away her sorrow eventually deteriorating her condition to the point that she developed gangrene in the right leg. 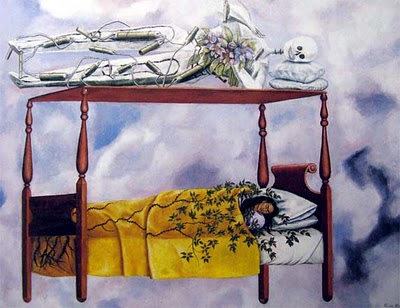 With the strength that characterized her, she pulled out of the hospital with an amputated leg and with a set of wings.

One of her last paintings included the words “Viva la Vida” next to her signature. In life, Frida’s days were counted after her release of the hospital but it is still unknown whether she planned this or not.

The last entry on her diary read “I hope the exit is joyful and I hope never to return” and on July 13, 1954, at the young age of 47 her hopes came partly true as she was found dead at the Blue House.

When Diego Rivera heard the news he said-“I realized that the most wonderful part of my life had been my love for Frida.” To date, it is still a mystery whether she died of natural causes or from committing suicide but that absurd debate cannot diminish the fact that Frida’s spirit never died.

There are many people in history who embrace the culture that defines them but only a few become engraved in it; Frida Kahlo is one of those individuals.

In Mexican society, she represents the folkloric joy, the indigenous pre-Hispanic pride, the European immigrant dream, and the revolutionary spirit.

Unable to be a mother she adopted the environment as a whole and over half a century later this prophetic message of conservation resounds more strongly than ever because Frida did not belong to her time period, nor ours, instead she belongs to eternity. 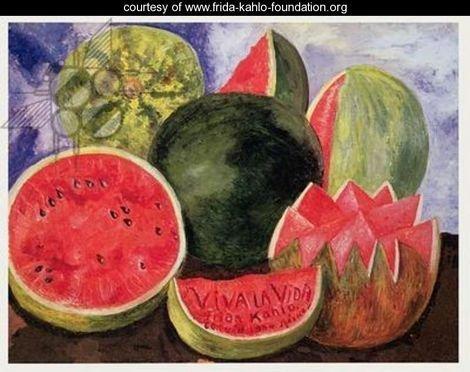 After making sure the figure is completely dry the artisan proceeds to sand the figure down. Sanding can take anywhere from an hour to a whole day. This also depends on the size of the figure. Once the figure has END_OF_DOCUMENT_TOKEN_TO_BE_REPLACED